Filmed in and around Charlotte, Asheville, Kings Mountain, Elkin, Faith, Gastonia, and Cedar Mountain, North Carolina, MGM Studios, Sunswept Entertainment, and Picture 8 Productions has just released the first official trailer and poster for the a new family movie Max, which is inspired by true events.

Max tells the real life story of a Belgian Shepherd working in Afghanistan alongside Marines. When his handler is killed, the man’s devastated family adopts the dog — erratic and still suffering from the traumas of war — who ends up bonding with and helping their troubled 14-year-old son, Justin (Josh Wiggins).

Thomas Haden Church (Spider-man 3) plays the tough father, who is a former Marine and idolized his older son, while Jay Hernandez (Hostel, Grindhouse) plays a Marine who is also a dog trainer, and Lauren Graham (Bad Santa) plays Justin’s mom.

Max will begin production on May 5 and wrap around June 20 in the Charlotte area.

Boaz Yakin (Remember the Titans) wrote and directed the film.

Max will arrive in theaters on June 26.

Check out the trailer in the player below, and then give us your thoughts in the comments! 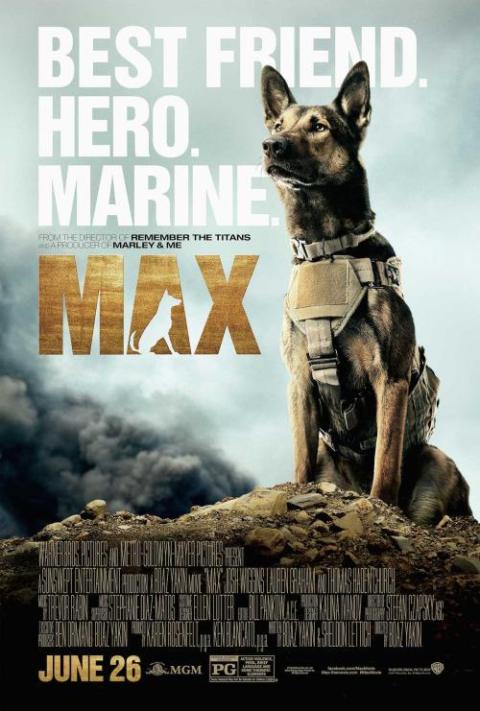