Attendees at the annual San Diego Comic Con today were the first in the world to preview the teaser trailer for the upcoming Man of Steel sequel Batman v Superman: Dawn of Justice, and while we will have to wait for that footage to be released, director Zach Snyder (Watchmen, Man of Steel) has revealed our first ever look at Gal Gadot in full costume as Wonder Woman.

Earlier this week, the first official photo of Ben Affleck as Batman was also released on the 75th anniversary of the Dark Kight’s first appearance in DC Comics.

Scroll down to check out all of the official images released so far, including Henry Cavill, who returns as Superman, and then join the conversation currently dominating the internet in our own comments section below!

How excited are you for the big screen debut of Wonder Woman? How will Ben Affleck do as the new Batman?

Batman v Superman: Dawn of Justice arrives in theaters on May 6, 2016. 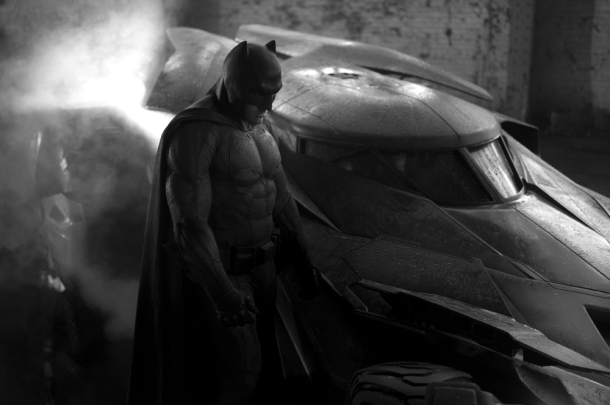