UPDATE 7/31/14: Due to the 90% chance of thunderstorms forecast for Sunday night, the Jars of Clay concert will be moving to an indoor space on the grounds of the Waterside Theatre. This is an extremely intimate space seating just over 250 people. Your tickets have been automatically changed to the new venue. Those of you with VIP tickets will be seated in the first two rows. There will be approximately 20 total rows of seating.  The band is very excited to be performing in such an intimate venue and ticket holders will be privy to one of the most unique and personal concert experiences Jars Of Clay has done in over a decade. Should you have questions, please call the box office at 252-473-6000.

The Lost Colony is excited to bring  Jars Of Clay, a Christian rock band from Nashville, to the Waterside Theatre on August 3 at 8PM as the third event in the 2014 concert series.   The band’s name is derived from a bible verse translation.  Their self-titled debut album was released in 1995. “Jars of Clay” has since reached multi-platinum certification according to the RIAA.

You can watch the official music video for “Flood” in the player below!

In 2002, the band self-produced and released their fourth album entitled “The Eleventh Hour,” which earned the band a Grammy award for the third album in a row.

Their fifth studio album entitled “Who We Are Instead” was released on November 4, 2003. In early 2005, the band released “Redemption Songs,” a collection of hymns and traditional songs. “God Will Lift Up Your Head”, reworked as an acoustic rocker, was a hit for the band on Christian radio. In 2006 “Good Monsters” was released and peaked at #58 on the billboard 200, selling over 15,000 copies in its first week. The band’s first release through their own independent label Gray Matters was a Christmas album that was released on October 16, 2007, entitled “Christmas Songs.”

“The Long Fall Back To Earth” was released on April 21, 2009 through Gray Matters Records. The album peaked at #29 on the Billboard 200 and #1 on Billboard’s Hot Christian Albums. The first radio single off the album is “Two Hands”, which peaked at #6 on the Hot Christian Songs chart.  Their latest album, Inland, was released in 2013 to great critical acclaim.

Lost Colony CEO Bill Coleman says: “We’re really excited to have one of the biggest Christian rock bands of all time joining us this summer.  Jars Of Clay has been creating mainstream hits for 20 years now and they’re right in line with our mission of providing great family entertainment for the Outer Banks.”

Jars of Clay will be in concert at Waterside Theatre on Roanoke Island on Sunday, August 3. Showtime is 8pm.

Tickets are $30, or $60 for a VIP package, and they are available for advance purchase online here. 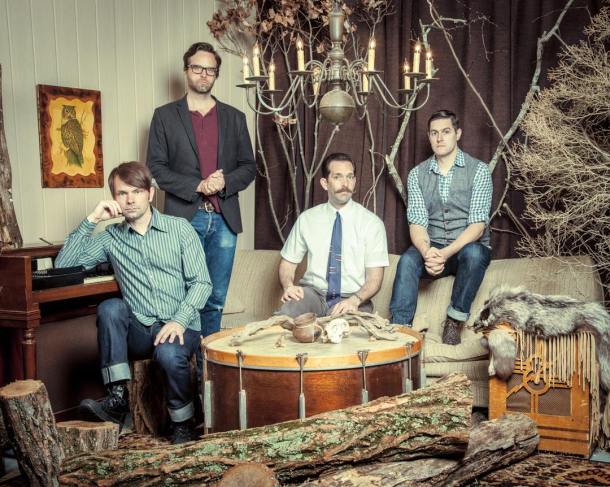 Jars of Clay will be in concert at Waterside Theatre on Roanoke Island, NC on Sunday, August 3, 2014.