Rock and Roll Hall of Fame members The Lovin’ Spoonful performed a tight set of their many hits intermingled with some of their own favorites for an enthusiastic crowd at Waterside Theatre on Roanoke Island on Sunday, July 20. 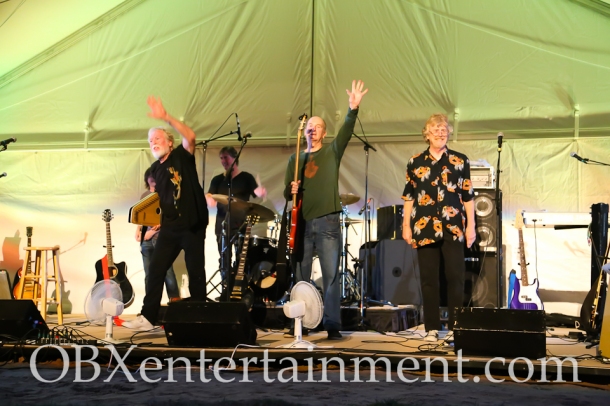 As the sun set behind the intimate home of The Lost Colony, the band members spoke of the historic significance of playing at this site, just across the sound from Wright Brothers Memorial on the anniversary of the first moon landing.

The Lovin’ Spoonful performed all of their best loved singles, including “Summer in the City” and “Do You Believe in Magic?”, as the audience could literally not stay seated, eventually rushing down in front of the stage in a celebration of dancing and singing along, and OBX Entertainment was there to capture the excitement for you.

You can watch video highlights in the player below (coming soon), and then scroll down to view more than 40 exclusive images from the concert in our photo gallery!