Filmed in Wilmington, North Carolina, Tammy wants to make you laugh in theaters this week, facing a demonic Evil and a family-friendly Echo, while mutants assemble the ultimate superhero team when the X-Men arrive at The Pioneer.

Here’s your Outer Banks Movie Update for the Independence Day weekend of July 2, 2014!

Premiering this Friday at the historic Pioneer Theatre in Manteo and playing for one week,  X-Men: Days of Future Past (rated PG13) is the biggest superhero ensemble ever assembled.

Click here to read our review of X-Men: Days of Future Past!

Jennifer Lawrence is Mystique in ‘X-Men: Days of Future Past’.

You can watch an epic theatrical preview that rocks some Led Zeppelin in the player below! 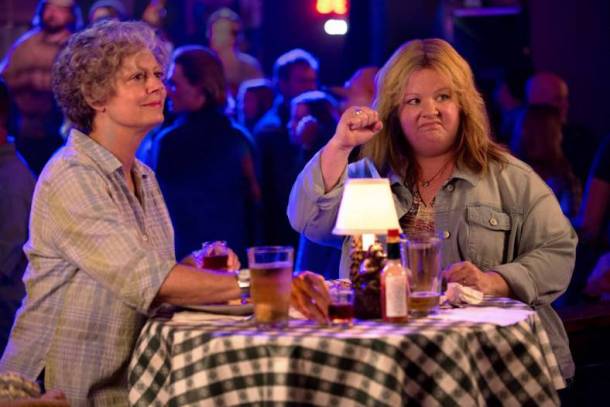 You can watch the official trailer in the player below!

Eric Bana investigates terror in ‘Deliver Us From Evil’.

Starring Eric Bana (Hulk, Troy), you can check out the extremely creepy official trailer below if you dare!

Finally, the family fantasy Earth to Echo (rated PG) is also opening today in Kill Devil Hills, featuring a lovable new alien that takes a group of kids on an adventure.

Friends make a discovery in ‘Earth to Echo’.