[Movie Review] X-Men Unite For Better ‘Days of Future Past’

X-Men: Days of Future Past just may be the most entertaining X movie to date, and that’s really saying something when you consider that this is technically “Part 7” of Marvel’s mutant franchise.

Nicholas Hoult, James McAvoy, and Hugh Jackman team up in ‘X-Men Days of Future Past’.

I did not grow up reading the X-Men comic books, but I did spend a lot of time enjoying the groundbreaking animated TV series featuring the team, and Days of Future Past certainly evokes many of the same fun and exciting emotions I felt when watching the old show, jumping right into the action from almost the first frame, pausing only to briefly re-introduce a few of our favorite characters from the prior films, as they pretty much all reprise their roles here.

That means that the original Professor Xavier, played by Patrick Steward (Star Trek: The Next Generation), gets to have an intense scene with his younger, angry self, played by James McAvoy (Wanted). It’s a key moment in the film, and in any other cinematic universe it could have come off as silly, but Bryan Singer is back behind the camera after directing the first two X-Men films, and so also returned is a certain sincerity that Singer embedded into those first two films.

The audience feels the weight of the climactic events as they unfold in grand scale, with a dazzling array of bombast eye candy to keep the action-hungry kids enthralled, while drawing enough real world parallels and historical conspiracy confirmations to keep the adults in the audience awake and smiling as well.

Nicholas Hoult is Beast in ‘X-Men: Days of Future Past’.

The cast is great, starting with Hugh Jackman (Prisoners) easily slipping back into the role of Wolverine for the sixth time (not including a hilarious cameo in First Class). Because Wolverine can heal, he is sent back in time into his own younger body from 1973 in order to bring the X-Men together in hopes of changing the future, where terminator-like Sentinels hunt and kill mutants.

Stewart and McAvoy are also quite good in their dual role(s) of Professor Charles Xavier, the older of which is wise and grave, and the younger of which is bitterly depressed and drowning in an addiction to a serum meant to parallel a heroin addict.

While McAvoy and Jackman are awesome, it’s Jennifer Lawrence (The Hunger Games) as the shape shifting Mystique that really rises to the forefront this time.

This is Mystique’s movie in many ways, and Lawrence is does not disappoint, bringing new levels of vulnerability that no other incarnations of the character have ever tried to explore, while also making an already kick ass character even more badass on an assassination mission that is destined to change the future for the worse.

When the younger Magneto, played by Michael Fassbender (Prometheus) tells Mystique, “Whatever happens now is in your hands,” I like to think he was actually speaking to Lawrence on behalf of the franchise itself, as she clearly stands out in an epic story that is even more crowded with mutant characters than ever. I am hoping Mystique gets her own movie soon.

Jennifer Lawrence is Mystique in ‘X-Men: Days of Future Past’.

The whole film has a momentum that both Captain America: The Winter Soldier and The Amazing Spider-Man 2 were lacking earlier this summer, as it builds to gradually more satisfying moments throughout its brisk two-hour running time. The fact that it’s actually a period piece set both in the future and in the ’70s also adds to the unique look and overall original vibe.

There is a lot going on in Days of Future of Past, but it’s all presented in such a visually pleasing, easy to understand way of storytelling, it really is like a comic book brought to life.

Comic fans and avid viewers will definitely want to stick around until the end of the credits for a brief teaser of the upcoming X-Men: Apocalypse, arriving in theaters in 2016.

By bringing back the emotional pull of the first two movies, while amping up the crisper action and better effects from the more recent films, Days of Future Past allows the X-Men to evolve into the dominant superhero species they were always meant to be. 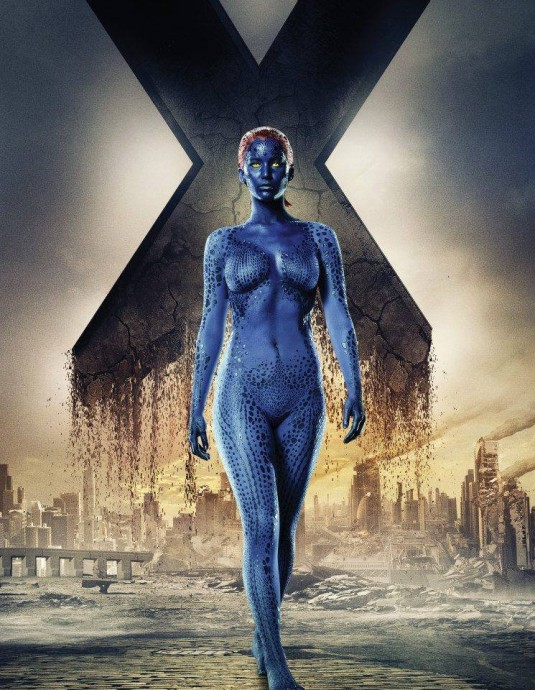 X-Men: Days of Future Past (rated PG13) is now playing at R/C KDH Movies 10 in Kill Devil Hills and at The Pioneer Theatre July 5 through July 10.

This article has 2 comments