Get ready to go green, as the 2014 Kelly’s St. Patrick’s Day Parade marches on along the beach road in Nags Head this March, celebrating its 25th anniversary year. 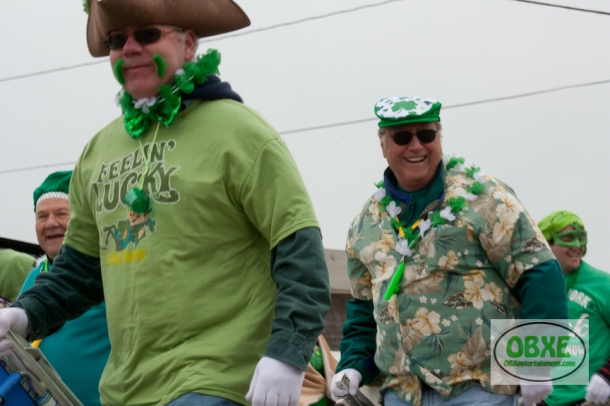 The annual parade, recognized as the largest St. Patrick’s Day celebration in North Carolina, will take place on Sunday, March 16, starting at 1pm along the NC 12 beach road in Nags Head between mileposts 10.25 and 11.25, rain or shine as always.

The official theme of this year’s parade is “Outer Banks Heroes”, and the honorary Grand Marshall will be legendary Grave Digger monster truck driver Dennis Anderson.

NC 12 will be closed on parade day from the northern Nags Head town line at Eighth Street south to Hollowell Street.

Click here to view our exclusive photo gallery from the 2013 parade, and watch a video preview in the player below!

Kelly’s, located at 2316 South Croatan Highway, on the west side of US 158 in Nags Head, will host live music, free hot dogs, and refreshments following the parade. 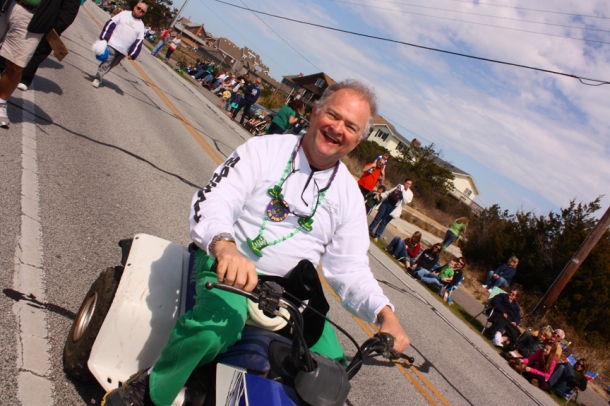