Theatre of Dare is opening it’s 23rd production season with the timeless classic Steel Magnolias by Robert Harling, directed by Mike Mazza, and we have tickets to giveaway!

Steel Magnolias will be showing for two weekends, Thursday through Sunday, October 3-6 and October 10-13 at the College of the Albemarle (COA) Roanoke Island Campus in Manteo.

Show times are at 7:30pm Thursday through Saturday and at 2pm on Sunday.

Tickets are $10 for adults and $5 for students at the door or in advance at Gray’s Department Store in Kitty Hawk.

Steel Magnolias is being presented by Theatre of Dare in conjunction with Bangs Salon.

To WIN TICKETS, just tell us in the comments below who your favorite character is from Steel Magnolias (either the 1987 play or the 1989 film adaptation), be sure to include your correct name and current email address, and you will be entered into our drawing for a free pair of tickets!

You can watch a vintage TV spot and a promo for the 1989 film starring Sally Field, Dolly Parton, Shirley MacLaine, Olympia Dukakis, Daryl Hannah, and Julia Roberts, and view the poster below to refresh your memory, and then tell us: Who is your favorite character from Steel Magnolias? 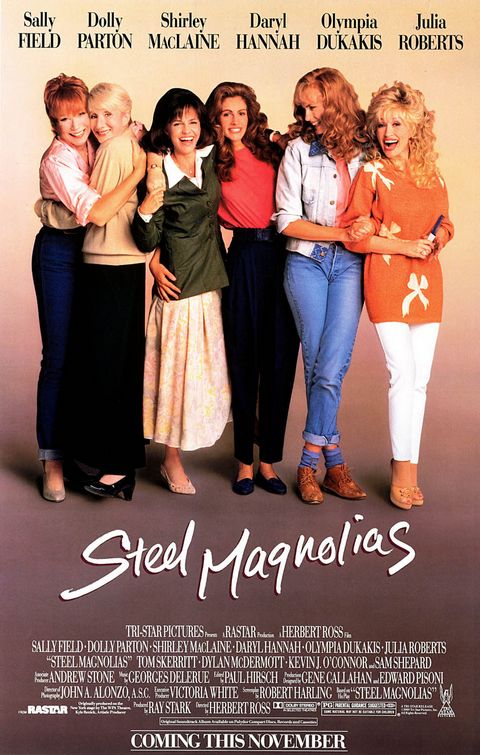 This article has 8 comments