Virginia native Trey Songz gets lost in the Baggage Claim in theaters this week, trying to avoid A Chance of Meatballs, while Joseph Gordon-Levitt gets romantic with Scarlett Johansson, and talking Planes land at The Pioneer.

The forecast is ‘Cloudy with a Chance of Meatballs’ in theaters this week.

The creators of Disney’s Cars take to the sky in the new animated comedy Planes (rated PG), playing at the historic Pioneer Theatre in Manteo, starting this Friday for a one week run. 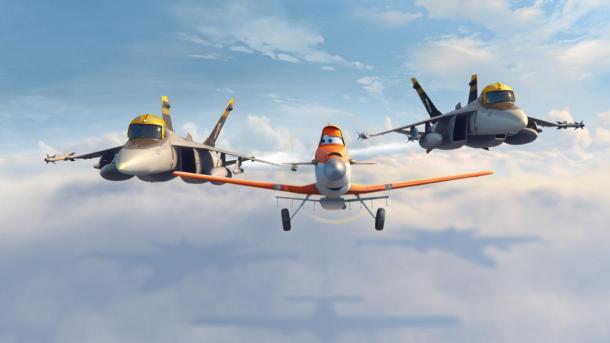 You can take off with the trailer using the player below!

Scarlett Johansson is romanced by Joseph Gordon-Levitt in ‘Don Jon’.

Also starring Scarlett Johansson (The Avengers, Captain America: The Winter Soldier) and Fayetteville, North Carolina native Julianne Moore (Carrie), you can swoon over the official trailer in the player below!

Also new in theaters this week, an unmarried flight attendant searches for a mate of her own as her sister’s wedding approaches in another new romantic comedy, Baggage Claim (rated PG13), also starting Friday in Kill Devil Hills.

Rounding out this week’s new releases is the animated family-friendly sequel Cloudy with a Chance of Meatballs 2 (rated PG), starting Friday and playing in both 3D and traditional 2D formats locally.

‘Cloudy with a Chance of Meatballs 2’ brings you tasty laughs.

Again starring the voice talents of Bill Hader (Forgetting Sarah Marshall), Anna Faris (Scary Movie, The House Bunny), and James Caan (The Godfather), you can watch a preview in the player below!