Riddick returns to theaters this week, while The Smurfs move into The Pioneer.

Here’s your Outer Banks Movie Update for the weekend of Sept. 6, 2013!

Get ready for a smurfing good time when the lovable tiny blue creatures return in the sequel The Smurfs 2 (rated PG), starting  this Friday at the historic Pioneer Theatre in Manteo for a one week run. 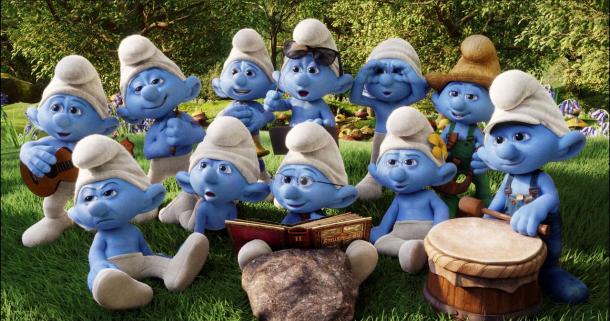 The Smurfs return in a very smurfy sequel.

Reuniting Neil Patrick Harris (Harold and Kumar Go To White Castle) and Hank Azaria (Godzilla) with voice talents of pop star Katy Perry as Smurfette, George Lopez (Valentine’s Day) as Grouchy, and Jonathan Winters (The Flintstones) as the wise Papa Smurf, you can check out a trailer for the comedy in the player below!

The only new release playing locally this week is the sci-fi action adventure Riddick (rated R), a sequel to Pitch Black (2000) and The Chronicles of Riddick (2004), premiering with a 10pm preview screening tonight (Thursday) and opening on Friday at R/C KDH Movies 10 in Kill Devil Hills.

Again featuring Vin Diesel (The Fast and the Furious) as the most wanted man in space, you can watch the official theatrical trailer for Riddick in the player below!