Outer Banks Sounds, a collaboration between the Dare County Arts Council and 99.1 The Sound, continues its second season on Thursday, Dec. 20 at Kelly’s Restaurant and Tavern in Nags Head.

The evening will begin at 6pm with a Christmas party for all Outer Banks musicians, featuring live music performances by local songwriter Christina Garey and local bands Mosquito Net and High Tide beginning at 7pm.

All local musicians, venue owners and music fans are invited to be part of this celebration of original Outer Banks music. 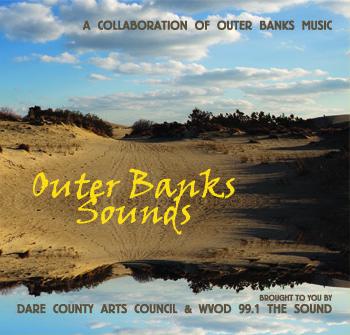 Read on for the official press release.

All proceeds from sales of the Outer Banks Sounds CD will benefit the Community Music School. The school is a Dare County Arts Council initiative that brings quality, affordable music instruction to financially disadvantaged children in Dare County.

Showcases will be held every third Thursday from 7-10 pm, through May 2013 at Kelly’s Restaurant and Tavern in Nags Head.

Local radio outlet 99.1 The Sound supports Outer Banks Sounds through on-air performances from local artists on Acoustic Lunch and radio promotion for both the live performances and the CD.

Dare County Arts Council is soliciting performers and retail partners for Outer Banks Sounds.  The following groups are encouraged to contact DCAC by sending an email to [email protected]:

Dare County Arts Council is a 501(c)(3) nonprofit organization dedicated to promoting the arts in Dare County through advocacy, enrichment and opportunity.