Hang with Santa at Kites with Lights in Nags Head

Santa flys into Nags Head to kick off the Outer Banks Christmas season at the annual Kites with Lights demonstration atop Jockey’s Ridge Thanksgiving weekend!

The Kitty Hawk Kites store in Nags Head hosts the popular event, starting with a visit from Santa Claus on Friday, Nov. 23, from 10am to 4pm and again on Saturday, Nov. 24, from 1 to 4pm.

The kites, professionally strung up with thousands of colorful Christmas lights, start going up at dusk at Jockey’s Ridge State Park, across the street from the Kitty Hawk Kites store, where hot cider and cookies will be served. 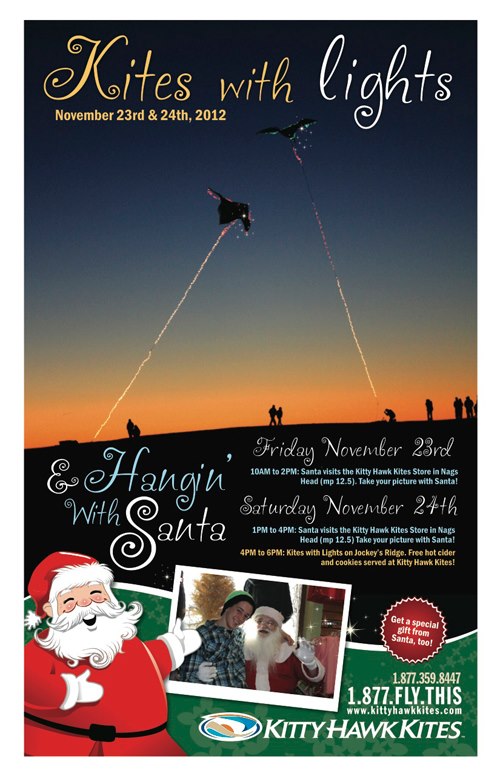