Bond is back on the big screen this week, while Harry Potter’s Emma Watson grows up and Kevin James goes Boom at The Pioneer.

Teachers get a new hero to cheer for in Here Comes the Boom (rated PG), starring Kevin James (Grown Ups, Paul Blart: Mall Cop) as a high school biology teacher who moonlights as a mixed martial arts fighter to help raise money to save the school’s music program, opening at the historic Pioneer Theatre in Manteo, starting this Friday for a one week run. 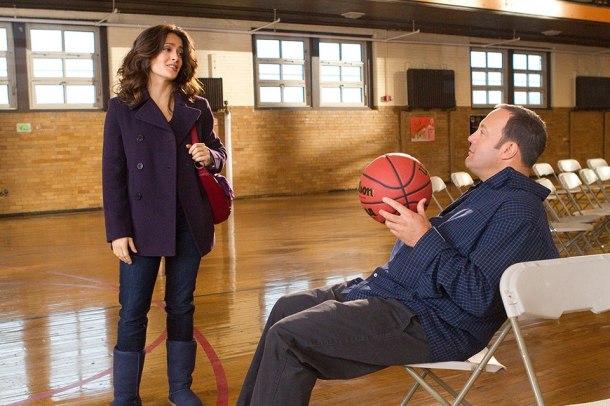 Also starring Salma Hayek (From Dusk Till Dawn) and Happy Days legend Henry Winkler (Scream), you can watch a trailer for the heartwarming comedy in the player below!

Starring Daniel Craig (Cowboys vs. Aliens), you can watch the theatrical trailer for the new Bond in the player below!

Also new at KDH Movies 10 this week is The Perks of Being a Wallflower (rated PG13) starring Emma Watson (the Harry Potter films) and based on the best selling novel by Stephen Chbosky.

‘The Perks of Being a Wallflower’ stars Emma Watson, Ezra Miller, and Logan Lerman.

You can check out an official trailer for the teen drama the player below!