Formed in Wrightsville Beach, North Carolina in 2001, ASG will bring its signature riff-fueled, distortion-driven rock back to the Outer Banks Brewing Station in Kill Devil Hills live in concert this November.

Wrightsville Beach, NC’s ASG will be live on stage in Kill Devil Hills in November.

Originally formed as a three-piece instrumental project, due to the lack of a dedicated vocalist, ASG focused early on devising tight, driving guitar riffs, locking guitarist Jason Shi in with the rhythm section of bassist Andy Ellis and drummer Scott Key.

Shi eventually stepped up to the mic, and the group soon signed a deal with Volcom Entertainment, who put them in the studio in 2003, to record their debut album, The Amplification of Self Gratification.

Shortly after completing the band’s sophmore album Feeling Good Is Good Enough, a second guitarist, Jonah Citty, was added to help recreate the album’s sounds live, as the band then hit the road on tour with the likes of The Sword and CKY. 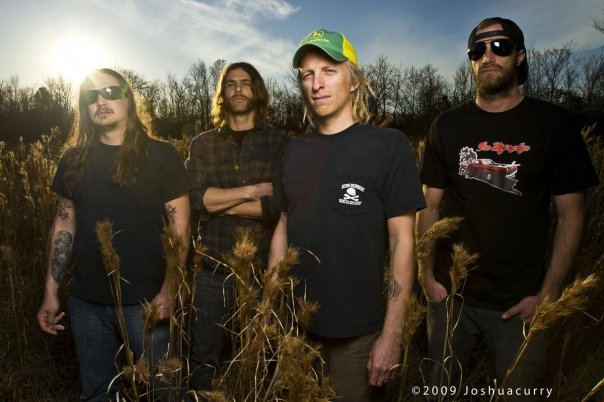 With the ingredients of stoner rock, psychedelic metal, and angst-ridden punk rock all thrown into the sonic stew, the band has successfully created a unique sound that has the aggressiveness of punk, but with a much wider realm of experimentation explored.

You can watch ASG performing the relentless “Horsewhipper” in the player below!

ASG returns to the Outer Banks Brewing Station on Nov. 18.