Friday and Saturday nights in October, Island Farm on Roanoke Island is taking visitors into the past, as costumed interpreters guide brave souls a night-time journey into the home of a grieving widow, exploring the unique and peculiar ways Victorian families mourned the loss of a loved one.

As part of the tour, you will hear stories of the farm’s former residents and travel by lantern light to their final resting place in an 1800s graveyard.

Tickets are $10 per person, and reservations are not required.

Each tour lasts approximately 20-25 minutes, with the last tour beginning at 8:35pm. 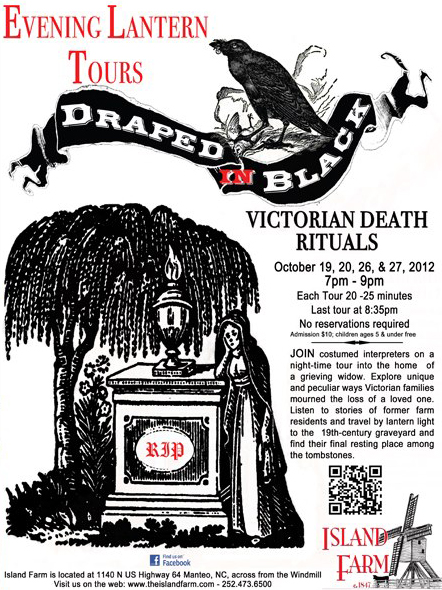