The hit CBS drama Under the Dome, filmed in Wilmington, North Carolina, will return this June on a new night with at least one new cast member for Season 3.

CBS announced last week that Season 3 of Under the Dome will kick off on the show’s new night, Tuesday, June 25, with a two-hour season premiere starting at 9pm, and will settle into its new Tuesday at 10pm slot on July 2.

In related Dome news, it was also announced that former CSI star Marg Helgenberger (pictured below) will guest-star on the Stephen King novel-based series this year in an as yet undisclosed role.

Based on Stephen King’s novel and executive produced by Steven Spielberg, Under the Dome returns for Season 3 on Tuesday, June 25 on CBS. 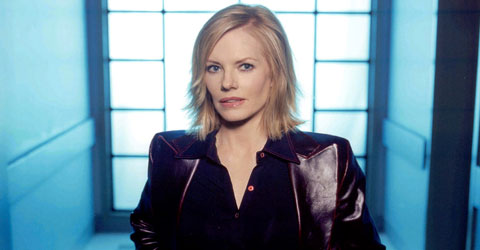 Marg Helgenberger is going ‘Under the Dome’ for Season 3, filmed in Wilmington, North Carolina.