The gates at Festival Park will open at 11:30am. Tickets are $20, and they are available for purchase online here.

Read on for our photo and video highlights from the 2014 Shallowbag Shag Beach Music Festival!

The first ever Shallowbag Shag Beach Music Festival kicked off the 2014 Outer Banks summer season on Memorial Day Monday, May 26, 2014, with an excited crowd of fans in attendance, beautiful weather at the spacious outside pavilion at Roanoke Island Festival Park in Manteo, and five world class national bands performing live on stage all day. 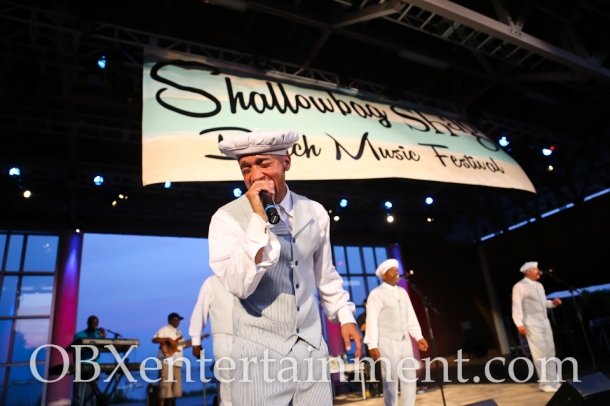 The Tams on stage at the Shallowbag Shag Outer Banks Beach Music Festival on May 26, 2014. (photo by OBXentertainment.com)

We had a great time at the inaugural event, presented by Hemilright Entertainment, and we captured a lot of the afternoon action for you to check out if you missed the concert or to re-live if you were there.

You can watch video highlights from the 2014 Shallowbag Shag Beach Music Festival in the players below featuring performances by JIM QUICK & COASTLINE, THE EMBERS, and THE TAMS, and then scroll down to view more than 400 exclusive images from the event in our photo gallery!