The Dare County Arts Council has the announced the winners of the artist awards at the annual New World Festival of the Arts in Manteo earlier this month. 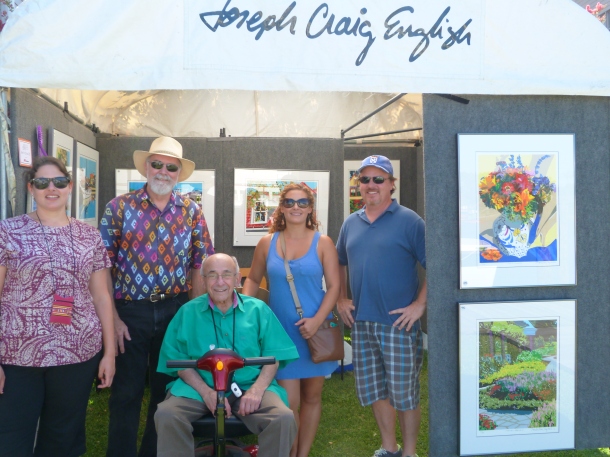 Celebrating its 33rd year, The New World Festival of the Arts was held on Wednesday, August 13th and Thursday, August 14th on the waterfront in downtown Manteo.

The two-day art show attracted well over one thousand visitors to the Manteo waterfront.  Over 70 east coast artists exhibited at the show, including nearly twenty Outer Banks artists.

This year’s show was organized by Dare County Arts Council in collaboration with the jewelry program at College of the Albemarle’s Manteo campus.

The New World Festival of the Arts is a family oriented outdoor show for spectators of all ages. The Festival provides awareness of the current trends in the visual arts while acquainting visitors with the historic town of Manteo. This once a year show coupled with so many other artistic and cultural events makes Roanoke Island a very special place in the hearts of its residents and the many visitors who come and visit the island every year.