“Magic” is coming to the Outer Banks this weekend, as the classic rock band The Lovin’ Spoonful will be live in concert on stage at The Lost Colony‘s historic Waterside Theatre.

The Lovin’ Spoonful will be in concert at Waterside Theatre on Roanoke Island, NC on July 20, 2014.

The good-time sounds of the Lovin’ Spoonful made the quartet a fixture during the golden age of Top Forty radio. Over a period of two years in the mid-Sixties, the New York-based group charted a string of ten Top Forty hits, seven of which placed inside the Top Ten at a time when the competition included Motown, the Beatles and countless British Invasion bands. The Lovin’ Spoonful’s tuneful, poppy singles have stood the test of time and at least one of them, “Do You Believe in Magic,” remains a defining rock and roll anthem.

The four original members–singer/guitarist John Sebastian, guitarist Zal Yanovsky, bassist Steve Boone and drummer Joe Butler–came together in Greenwich Village. The folk-music scene was in full swing, but the electrified sounds of the Beatles and the other pop bands of the day had also caught their attention.

Retaining their folkie roots while exploring new directions, the Lovin’ Spoonful adapted folk-style fingerpicking to electric instruments. Their folk-rock hybrid was particularly evident in the unusual combination of autoharp and electric guitar on “Do You Believe in Magic.” What really set the Lovin’ Spoonful apart from the mid-Sixties pack of one-hit wonders was their daring eclecticism.

No two singles were written in the same style. Between 1965 and 1968, they tackled jug-band music (“Good Time Music”), ragtime (“Daydream”), country (“Nashville Cats”), folk-pop (“You Didn’t Have to Be So Nice”), hard rock (“Summer in the City”) and orchestrated pop (“She Is Still a Mystery”).

Check out the vintage music video for their (very Outer Banks friendly) hit single “Summer in the City” in the player below!

The consequences of a 1966 arrest of two band members for marijuana possession led to the band’s gradual dissolution, with Yanovsky leaving in 1967. Sebastian, the group’s founder and leader, quit in 1968. The group’s final album featured only Joe Butler from the original group. John Sebastian launched a successful solo career that found him giving one of the more memorable performances at Woodstock in August 1969. Many years later, in 1980, the Lovin’ Spoonful came together one more time to perform a cameo in Paul Simon’s film One-Trick Pony.

In 1991 a long awaited settlement with their record company inspired Joe and Steve to contact Jerry and start up the Lovin’ Spoonful again. After a two month rehearsal in the Berkshire Mts., the group started touring anew, visiting over 150 cities and countries worldwide and reaching out to a whole new audience in addition to those that have enjoyed their music over the years. So look for them coming to your neighborhood bringing a brand new batch of Good Time Music. You can also click the concert info button for a calender of their future appearances.

On March 6, 2000 they were inducted into the Rock And Roll Hall of Fame.

The Lovin’ Spoonful will be live in concert at Waterside Theatre on Roanoke Island this Sunday, July 20.

Tickets are $30 or $60 for a VIP package, and they are available for advance purchase online here. 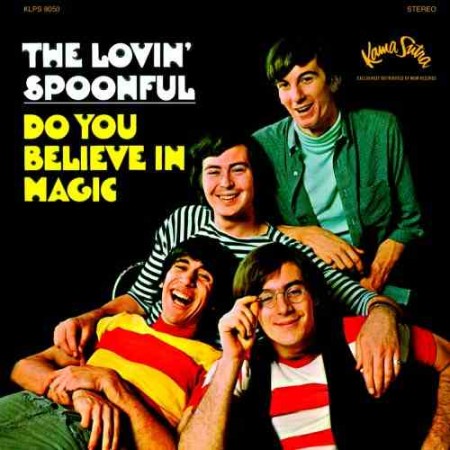