Filmed in and around Charlotte, North Carolina, Cinemax has revealed four new teasers for Season 2 of the hit series Banshee.

You can watch the new promos for Season 2 in the player below, and then scroll down to view the full trailer!

From the creator of True Blood, this exciting new Cinemax action drama charts the twists and turns that follow Lucas Hood (Antony Starr), an ex-convict who improbably becomes sheriff of a rural, Amish-area town while searching for a
woman he last saw 15 years ago, when he gave himself up to police to let her escape after a jewel heist. Living in Banshee under an assumed name, Carrie Hopewell (Ivana Milicevic) is now married to the local DA, has two children (one
of whom may be Lucas’), and is trying desperately to keep a low profile – until Lucas arrives to shake up her world and rekindle old passions. 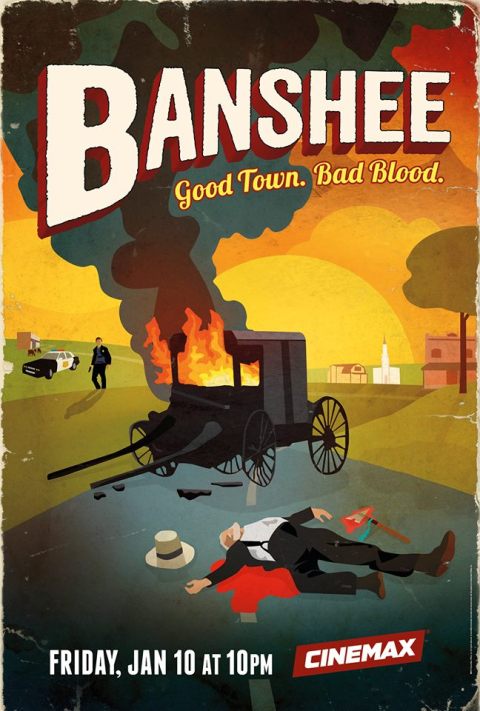