The Lost Colony has announced that its new director for the upcoming 76th season of America’s longest running outdoor drama is Rocky Mount native Ira David Wood III, a North Carolina theater icon who portrayed Sir Walter Raleigh as an actor in the local play more than 40 years ago.

Wood co-starred in the 1983 sci-fi thriller Brainstorm, which was filmed in the Triangle area of North Carolina and right here at Wright Brothers National Memorial in Kill Devil Hills, also starring Christopher Walken (The Dead Zone) and Natalie Wood (Rebel Without a Cause) in her final film.

Wood is also the father of actress Evan Rachel Wood (Across the Universe, The Wrestler, Thirteen, HBO’s True Blood).

You can read the official press release from The Lost Colony below. 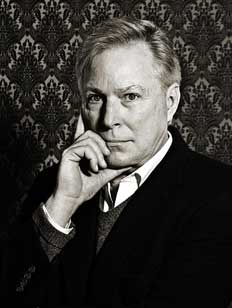 Ira David Wood III is the new director of ‘The Lost Colony’.

Bill Coleman, the new CEO of the Roanoke Island Historical Association, announced at the annual meeting of the organization on November 17th that he has hired Ira David Wood, III of Raleigh to direct The LostColony for the 2013 season.

Mr. Wood, often described as a North Carolina Theatrical Treasure, is no stranger to The Lost Colony, having first appeared on the stage of the Waterside Theatre in 1968 in the role of Sir Walter Raleigh.  He played Sir Walter for two seasons before moving on to the role of Old Tom.  A North Carolina native, Wood is a graduate of The University of North Carolina School of the Arts, and the Founder and Executive Director of Raleigh’s Theatre in the Park.  Located in the Pullen Park Armory, the organization is the largest community theatre in North Carolina.

This December David will celebrate his 38th season with his production of A Christmas Carolin which he portrays the miserly Ebenezer Scrooge.  David is responsible for the musical adaptation of the Dickens’ classic which has played to over one million people and is considered one of the most successful shows in North Carolina theatrical history. Once the holidays are behind him, David will start to make plans for the upcoming season along with the administrative and artistic staff as they implement the long process of casting the numerous actors, singers, dancers and technicians required to bring the story to life.

The news of David’s return to The Lost Colony has created excitement among many citizens of Roanoke Island who have long associations with the actor/director that date back to his appearances in the show.  Della Basnight who played Dame Coleman when David was Sir Walter remembers him as a kind, gentle man who paid attention to everyone in the cast, no matter the size of their role.

She continued to say, “Everyone whose life he has touched has walked away with a smile on their face.” The actor, director, playwright and author is equally at home on television, film and stage.  Della is excited to see the “homecoming” of one of The Lost Colony’s most celebrated alumni.  In a way, outdoor drama will be a way of returning to his roots.  Della’s mother Cora Mae Basnight played Agona when David played Old Tom, and Della has fond memories of seeing the two of them on stage together.

Bill Coleman who is responsible for hiring the new director is thrilled to have someone with a rich North Carolina history directing the production, and is impressed with his passion for the show and its place in the cultural fabric of the state. “It will be great to have David Wood back in Manteo and involved in the community that first produced this play back in 1937,” Coleman commented.  “David looks at The Lost Colony as the place that launched his professional career, and he is honored to be giving back to the play, the community, the supporters and the state of North Carolina.

Mr. Wood both wrote and directed the Opening Ceremonies for the Summer Olympic Festival which was the largest single event ever held in North Carolina.

He directed the premier production of the outdoor drama First For Freedom in Halifax, North Carolina. His original production, A Capitol Idea, was the highlight of Raleigh’s Bicentennial celebration.  Four of his original productions have aired on WRAL-TV.  Two of his original plays (Eros & Illinois and Requiem For a King) have enjoyed extended runs Off-Broadway.  Among his many awards, he is pleased to have been presented the Morrison Award by the Roanoke Island Historical Association.  He is deeply honored to be returning to The Lost Colony and Roanoke Island. 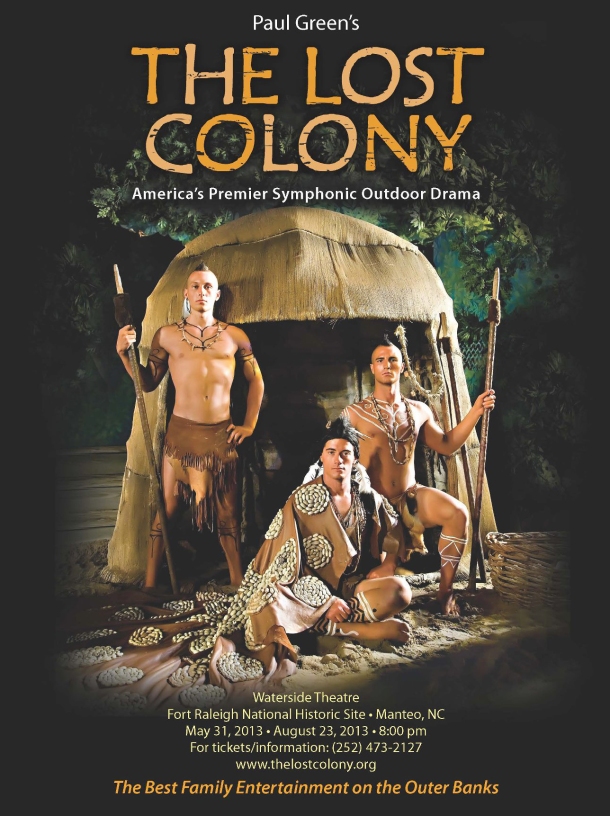