It’s a big week in theaters, with no less than seven new releases opening in time for Christmas, including the latest from directors Quentin Tarantino and Judd Apatow, while the Guardians rise at The Pioneer.

Jamie Foxx is ‘Django Unchained’ in the new film from Quentin Tarantino.

Dreamworks’ new animated adventure Rise of the Guardians (rated PG) opens at the historic Pioneer Theatre in Manteo, starting this Friday for a one week run.

In the film, the immortal Guardians, including Santa Claus (Alec Baldwin), the Easter Bunny (Hugh Jackman), and the Tooth Fairy (Isla Fisher), must protect the word’s children from an evil boogeyman named Pitch Black (Jude Law).

You can watch the official trailer for Rise of the Guardians in the player below! 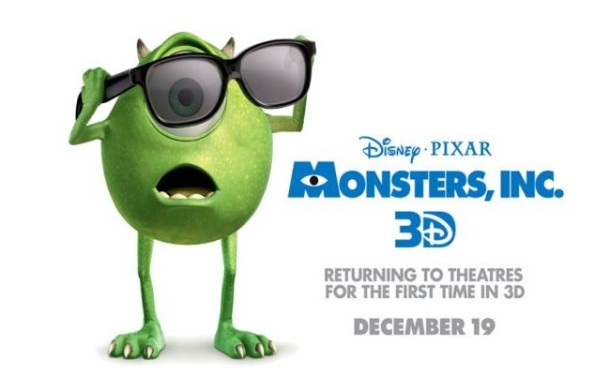 The animated comedy is also playing locally in 2D.

You can watch a trailer for the re-release in the player below!

Also starting today (Wednesday), Seth Rogen (Knocked Up, Pineapple Express) is on the mother of all road trips with his nagging mom played by Barbra Streisand in The Guilt Trip (rated PG13).

Seth Rogen and Barbra Streisand star in ‘The Guilt Trip’.

You can check out a trailer using the player below!

Opening on Friday, the comedy This is 40 (rated R) is the “sort of sequel” to Knocked Up (2007) from director Judd Apatow (The 40 Year Old Virgin, Funny People).

The new film reunites Apatow’s real life wife Leslie Mann (17 Again) and daughters Maude and Iris with the always hilarious Paul Rudd (I Love You Man, Halloween: Resurrection) as the family first inroduced in Knocked Up.

Iris and Maude Apatow, Paul Rudd, and Leslie Mann star in ‘This is 40’.

You can watch the latest red band (restricted) trailer for This is 40 in the player below!

For action fans, Tom Cruise (Top Gun, Interview with the Vampire) is a one-man force of justice in the new thriller Jack Reacher (rated PG13), also opening this Friday. 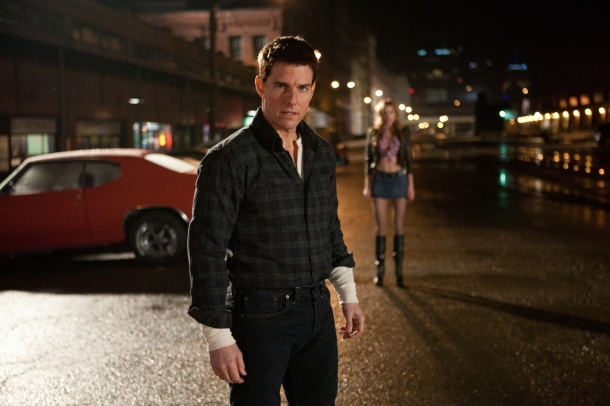 Also starring Rosamund Pike (Die Another Day) and Richard Jenkins (The Cabin in the Woods), you can watch a trailer for Jack Reacher below! 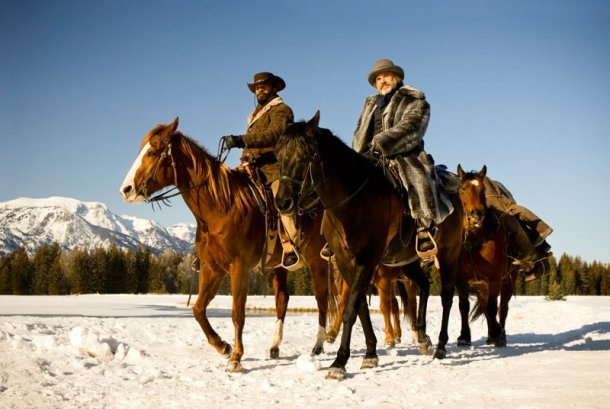 Jamie Foxx (Ray) stars as a former slave out to save his wife from her sadistic new owner played by Leonardo DiCaprio (Inception, Titanic), assisted by a bounty hunter played by Christoph Waltz (Ingourious Basterds).

Jamie Foxx is face to face with Leonardo DiCaprio in ‘Django Unchained’.

You can get a preview of Django Unchained in the player below!

All of the cast did their own actual singing in the musical romance, directed by Tom Hooper (The King’s Speech).

You can check out a preview for Les Miserables in the player below!

Also starring Marisa Tomei (The Wrestler), you can watch a trailer using the player below!