Kings Dominion in Doswell, VA announced today the addition of eight new family friendly rides to be located in the expanded Planet Snoopy portion of the theme park.

Read on for the official press release and to view some digital representations of a few of the new attractions coming this spring.

Eight new rides await families at Kings Dominion when the bigger, better Planet Snoopy opens in the spring of 2013. Combined with the re-themed rides, Kings Dominion’s Planet Snoopy with boast 18 total rides and will span nearly 14-acres, doubling its current size. All of new and re-themed rides, based on one of the most believed comic strip characters, are designed for families to experience together.

The list of the eight new rides include:
• Snoopy’s Rocket Express: An aerial monorail that gives families a view high above Planet Snoopy.
• Flying Ace Balloon Race: Hot air balloons that lift up 15 feet into the air, as you spin around. Each balloon represents a different country throughout the world.

• Linus Launcher: This ride will give families a sense as if they are flying around together in Planet Snoopy.
• Charlie Brown’s Wind Up: Families will hop in and swing around on this baseball-themed ride.
• Snoopy’s Junction: It’s all aboard a Snoopy-themed railway, with Woodstock leading the way.
• Lucy’s Tugboat: Come on board a rocking tugboat, as guests set sail with the entire family by their side.
• Snoopy’s Space Buggies: Defy gravity, as families hop into moon buggies that bounce up and down and rotate in a circle.
• Woodstock Whirlybirds: Spin around in the classic teacups, with a new Woodstock-themed twist. 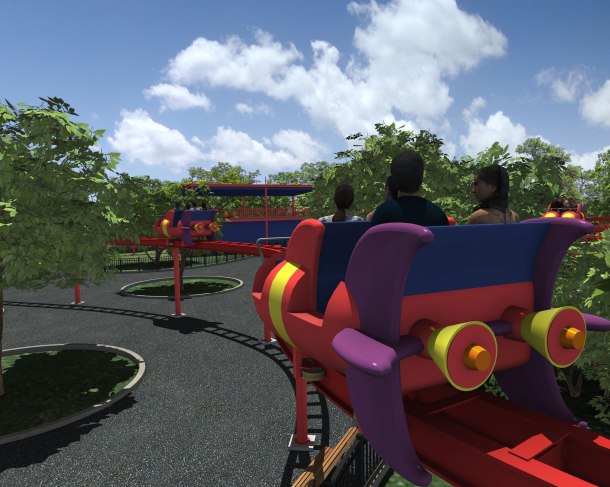