Filmed in Southport, North Carolina this summer, two brand new photos were revealed yesterday from the upcoming Nicholas Sparks adaptation Safe Haven, following the premiere of the first TV spot during Monday’s episode of Dancing with the Stars.

‘Safe Haven’ was filmed and is set in Southport, North Carolina.

You can watch the new promo as well as the official theatrical trailer below, and then head over to NCHollywood.com to view two new images featuring the film’s leads Julianne Hough (Rock of Ages, Footloose), Josh Duhamel (Transformers), and Cobie Smulders (The Avengers)!

Also starringDavid Lyons of NBC’s Revolution, Safe Haven was filmed and is set in Southport, NC.

Lasse Hallstrom (My Life as a Dog, The Cider House Rules) directs for Relativity Media, based on the novel by North Carolina author Nicholas Sparks.

The plot is ”a young woman with a mysterious past lands in Southport, North Carolina where her bond with a widower forces her to confront the dark secret that haunts her”.

North Carolina previously hosted the Sparks adaptations A Walk to Remember (2002), also filmed in Southport, and Nights in Rodanthe (2007), filmed in the village of Rodanthe on Hatteras Island.

You can find Safe Haven in theaters on Valentine’s Day, February 14, 2013. 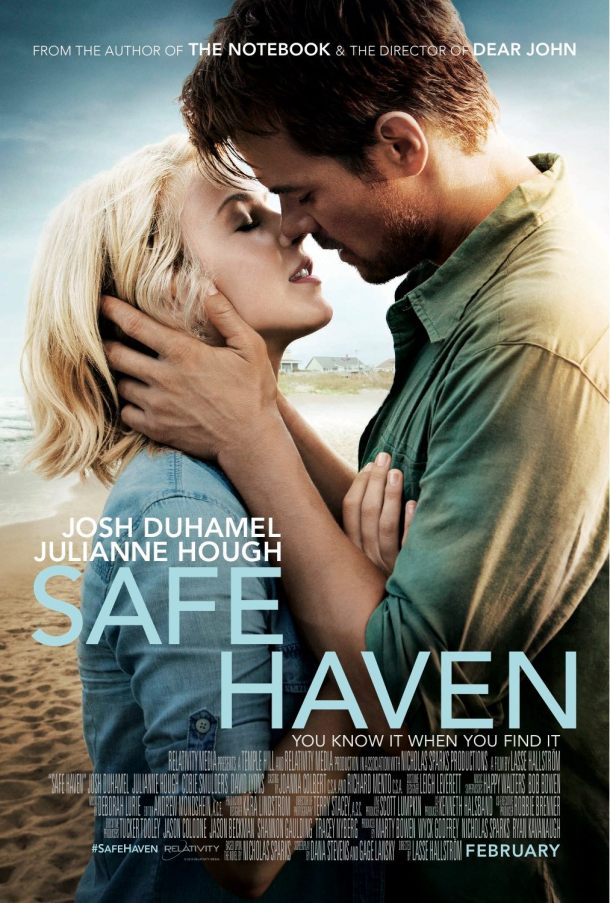