Paranormal Activity begins again in theaters this week, while Tyler Perry gets a makeover and Clint Eastwood talks baseball at The Pioneer.

Clint Eastwood (The Unforgiven) stars in Trouble with the Curve (rated PG13), a family drama centered around baseball, opening at the historic Pioneer Theatre in Manteo, starting this Friday for a one week run. 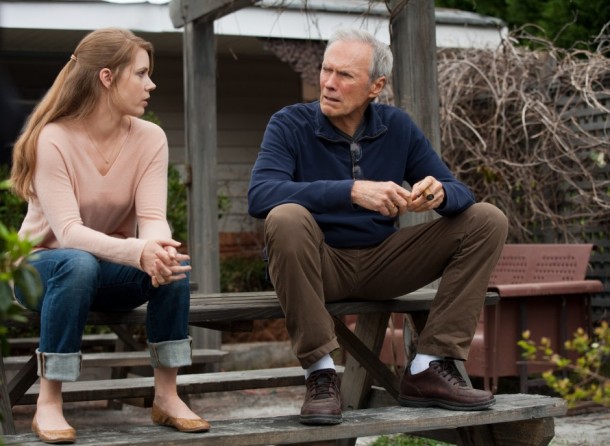 Amy Adams and Clint Eastwood star in ‘Trouble with the Curve’.

You can see the official trailer in the player below!

The latest entry in the “found footage” horror franchise introduces Kathryn Newton (Bad Teacher) as a teen who is spooked out by the creepy new neighbors across the street, which likely includes returning cast member Katie Featherston (ABC’s The River).

You can see the latest Paranormal trailer using the player below!

Also new in theaters this week, Tyler Perry (Diary of a Mad Black Woman) takes over a role originally played by Morgan Freeman in Kiss the Girls (filmed in North Carolina in 1997) and Along Came a Spider (2001), as the titular hero in the action thriller Alex Cross (rated PG13).