Theatre of Dare has a killer new production set to be unveiled this month, just in time for Halloween.

The classic mystery Dial “M” for Murder will open on Friday, Oct. 26 and run for two consecutive weekends at College of the Albemarle (COA) Roanoke Island Campus, located in the old Manteo Middle School building across from the Chesley Mall in Manteo. 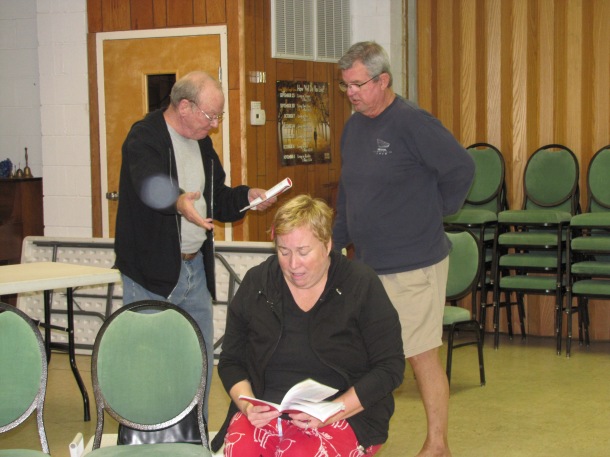 Actors Don Bridge, Julie Sawyer, and Glenn Sawyer are hard at work learning their lines for Theatre of Dare’s production of ‘Dial “M” for Murder’, directed by Julia Scheer. (photo: Theatre of Dare)

Written by Frederick Knott and directed by Julia Scheer, Dial “M” for Murder will be presented by the Theatre of Dare on October 26, 27, and 28, and on November 2, 3, and 4, with showtimes at 7:30pm on Fridays and Saturdays and 2pm on Sundays.

All performances will be at the COA Roanoke Island Campus. 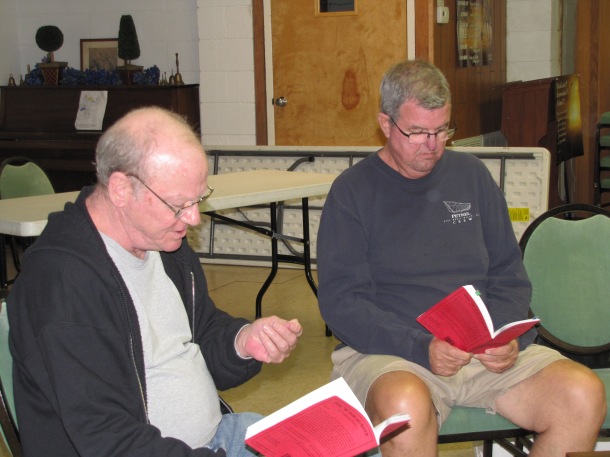 Tickets are $10 for adults and $5 for students at the door or in advance and can be purchased at Grays Department Store in Kitty Hawk.

Just for fun, you can check out the original theatrical trailer for director Alfred Hitchock’s 1954 movie version of Dial “M” for Murder in the player below!