You can check out an official trailer for the horror comedy below, and then head over to NCHollywood.com for a second trailer and the full list of special features included in the Blu-ray Combo Pack and DVD!

Filming was completed in Wilmington more than a year ago, but after numerous release delays by the studio, Piranha 3DD opened in limited theaters and on various video on demand platforms on June 1.

Wilmington’s Jungle Rapids Family Fun Park doubled as the fictional ‘Big Wet Water Park’ that is attacked by some very angry fish in the movie.

Meagan Tandy and Katrina Bowden light up the screen in ‘Piranha 3DD’.

The cast of beauties and the bewildered includes Gary Busey (The Buddy Holly Story), David Hasselhoff (as himself), Danielle Panabaker (Friday the 13th), Katrina Bowden ( NBC’s 30 Rock), Christopher Lloyd (Back to the Future), and Ving Rhames (Pulp Fiction), reprising his role from the first film.

You can get full details on the special features included in both the Piranha 3DD Blu-ray Combo Pack and standard definition DVD over at NCHollywood.com! 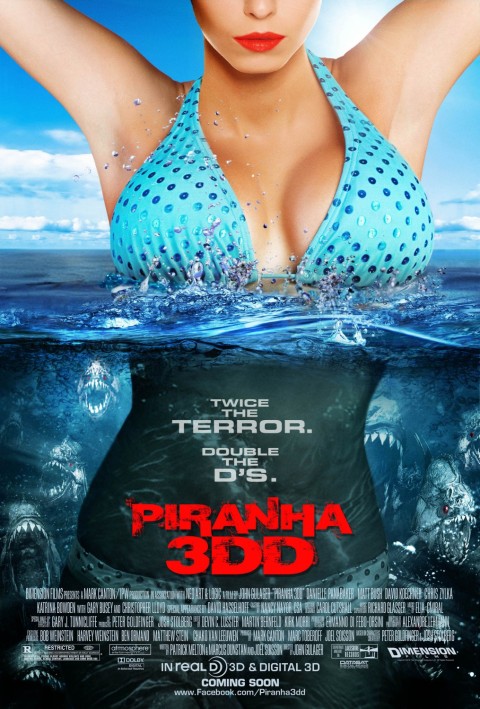