Jersey Boys come to the big screen, and you can Think Like a Man Too in theaters this week, while Spider-Man swings back into action at The Pioneer.

‘Think Like a Man Too’ arrives in theaters this week.

Here’s your Outer Banks Movie Update for the weekend of June 20, 2014!

‘Spider-Man’ is back in action in theaters.

Playing at the historic Pioneer Theatre in Manteo, Marvel’s most popular superhero returns this week in The Amazing Spider-Man 2 (rated PG13). 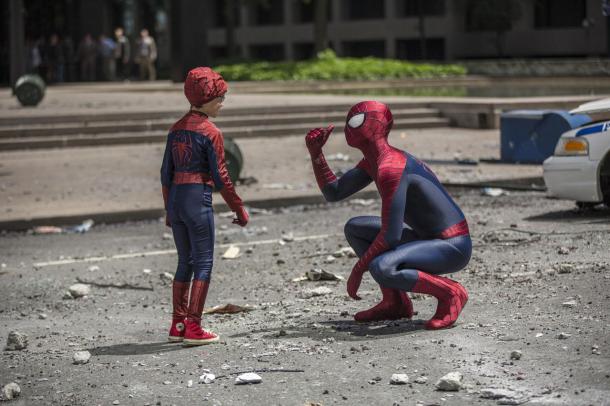 Spider-Man meets a spider-fan in ‘The Amazing’ sequel.

You can be amazed by the latest official theatrical trailer in the player below!

You can sing along with the trailer in the player below!

Also new this week, Kevin Hart (Grudge Match) wants to take you to Vegas and teach you how to Think Like a Man Too (rated PG13) in the comedy sequel, also opening Friday in Kill Devil Hills.

The guys are ready to party in ‘Think Like a Man Too’.

You can check out a preview trailer using the player below!

Click on a link below for additional listings and showtimes.