Hawaii-based surfer/singer/songwriter Donavon Frankenreiter returns to the Outer Banks this month live in concert at Kelly’s in Nags Head. 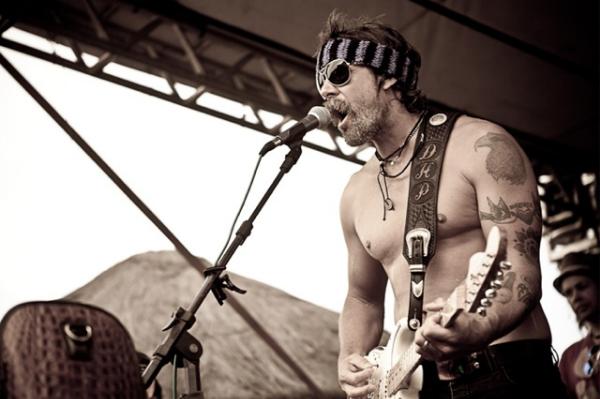 Frankenreiter co-produced his most recent album, last year’s Start Livin’, and he says the intimate new release is “basiclly a love album. Most of the songs are about my wife and our two boys, and the life that we’ve built together in Hawaii.”

You can feel the love when you watch the official video for Frankenreiter’s latest single from Start Livin’, “Together Forever” in the player below!

To record the album, Frankenreiter holed up in a Southern California studio for seven days with his longtime bassist Matt Grundy – and no one else.

Essential to the record’s playful feel is Frankenreiter’s inspired use of instrumentation, as they never brought in a drum set and instead recorded handclapping for percussion, or the two of them banging on pots and pans, eventually incorporating everything from bells to singing bowls to Zippo lighters. Grundy added ukulele, lap steel guitar, and banjo to the mix, creating fun, organic vibe that can be heard throughout the album.

The most somber moment of Start Livin’ is the emotional track “A.I.”, which pays tearful tribute to Frankenreiter’s friend and fellow professional surfer Andy Irons, who passed away in November 2010.

Donavon Frankenreiter will drop in at Kelly’s Restaurant and Tavern in Nags Head on Monday, June 10.

The doors open at 8pm, with Mia Dyson and Dave Johnson opening the show starting at 9 and Frankenreiter scheduled to take the stage around 11pm.

Tickets are $20 and can be purchased online in advance here.